On the steps of GLC

This past weekend the inaugural edition of the Extrême Peyratoise took place, it is a resurrection of the Gilles Lalay Classic which stopped in 2001.

The race was held in Peyrat-le-Château – a legendary place for “old school” enduro racing.

In the paddocks we heard many stories from those who have experienced it, and there was much speculation on this updated version….

Extreme enduro racing is back in the forefront of the world enduro scene and when the announcement of the arrival of a new event that was taking place where the Gilles Lalay Classic was formerly held actually became a reality, Sherco had to be there!

We will fill you in on the results without delay: we were not disappointed!

Our two riders Wade Young and Mario Roman had a 6 AM departure for the special and they both choose to compete on the 300 FE Factory.

It was cold and icy and the ground was frozen from the low temperature of the night before, both riders had a good start and were in the hard enduro spirit. After the 2 laps of the special, Wade finished 5th and Mario 7th.

We noted the presence of a large crowd around 9 AM as the riders were making their second pass of the special, the new venue seems to be working.

The Extreme started at 3 PM., with a rider leaving every 15 seconds. Wade left with a 1min delay and Mario, 1min30s.

At the first check point, Wade was in 3rd place, followed by Mario in 4th.  The “impossible” climb was filled with a large crowd of spectators, our guys climbed it successfully! At the first refueling, Mario was second, followed further back by Wade, who had been slowed down by a damaged brake pedal.  He took time to get it straightened and was able to continue.

Julien Gauthier took the lead at the start of the race, but Wade was having a “good day” and this was the type of course and difficulty that he loves.  He managed to take the lead and was followed by Mario, who hangs on about 2 minutes back until nightfall.

Wade was able to continue racing on his rhythm and arrived in first place at the famous Dead Crow at 9:02 PM. Fourteen minutes later, Mario followed him and finished second.

Second victory in a row for Sherco

The Extreme Peyratoise is certainly not the GLC, but it is a chapter 2 which was promoted by a motivated motorcycle club, full of history, where young people wanted to revive a “legendary race”, and they were assisted in this adventure by  the older generation.

Bravo to you for this ambitious endeavor and a successful event!  Sherco hangs the Dead Raven on its record and records its second consecutive victory in 2020 in the Extreme!

We are thus establishing ourselves for the first time in Limousin*, but we were too young in 2001, and our enduro range did not yet exist!

* on the Extrême Peyratoise race. The Enduo was won by Mario Roman in 2018. 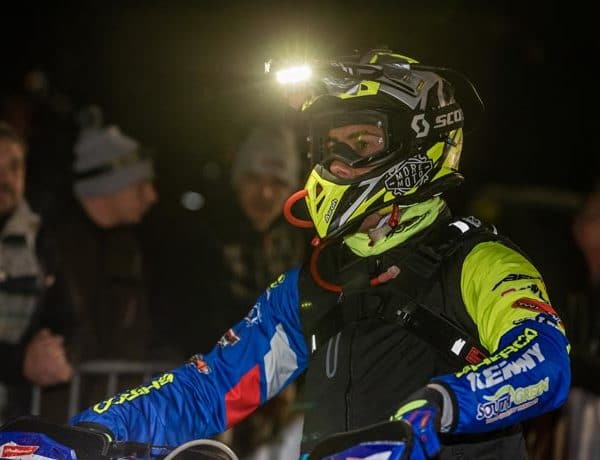 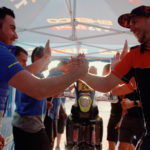