At the end of this very unique 2020 EnduroGP season, our rider Hamish Macdonald won the world title in the Junior class riding his 300 SEF Factory.

A victory he disputed throughout the season with his team-mate Théo Espinasse, who ended up as the vice-world champion.

Fabrizio Azzalin’s CH Racing team raced hard this year, a year after winning the 125cc and the Junior title.

In E1 Antoine Magain finished on the third step of the podium, after a season which saw him gain strength and land his first podiums in the Elite class riding his 250 SE Factory.

In E2 Matteo Cavallo narrowly missed the podium and finished in a respectable 4th place. Lacking consistency, he still managed to bring his 300 SEF Factory to several podiums in this highly competitive category.

Enric Francisco had to bypass the two races in Portugal because of an injury he sustained in the Spanish championship. He was disappointed, but he did manage to reach the podium during the last Italian Grand Prix.

Jack Edmondson was injured in the final of the English Sprint Enduro Championship which caused him to miss the entire championship. 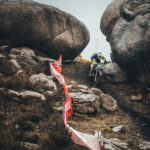 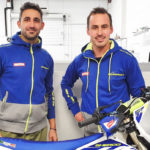