The riders were in Ambert, France for the last Enduro GP race of the 2019 season!

This is the highlight of the weekend! After a great year, where he had a tremendous comeback, Hamish wins the title of World Champion in the 125cc Youth category.

On Saturday, Hamish needed to place in the top 6 to secure the final victory. A task that he performed perfectly, he finished 3rd and brought Sherco a World Championship with the 125 SE-R!

Congratulations to him and to all the Team Azzalin !

The weekend started perfectly for Matteo Cavallo with a victory in the Akrapovic Super Test! Then he went on and finished with a nice 2nd place in E1 on Sunday.

In general ranking, for his first year at this class he managed to finish on the podium in the E1 category E1! A 3rd place truly deserved and obtained by turning consistent performances throughout the year.

After coming within 1 second of the victory on Saturday, Theo Espinasse recovered very well on Sunday! He climbed up to the highest step of the podium in scratch in the last junior race of the season. In the general classification, Theo was crowned Vice Champion of the Junior World!

In the J2 class, Jack Edmondson, who was injured in the Grand Prix of the Czech Republic, finished his season in 2nd place in the Junior 2 class. The British rider had managed to accumulate enough points to ensure that place in the top 3.

Finally, Dan Mundell who raced with the Juniors at the end of the season, had a great weekend: a 3rd place in scratch in J1 on Saturday and a 2nd place in E1 on Sunday.

A great season for our young riders !!

Jordan Curvalle, Team Manager : “We have chosen to bet on the youth and I am very happy with their season! Matteo has done really well for his first season in Elite! The juniors have progressed again compared to last season …. And Hamish who won our first world title in the 125 class! Now we move of to 2020!

Fabrizio Azzalin : “I’m very happy and very proud about Hamish Youth title !! It doesn’t happen very often than a “customer” rider became in so short time a ” factory” rider !!!! And this is a nice story about Hamish and his lovely family. He arrived last year alone from NZ with a bag full of dreams, and yesterday some of those dreams are now reality !! With his little Sherco 125 he did a great year, despite some injuries. Bike was running strong, and he did the rest. Enduro is not an easy sport and only if you are a strong guy, also in the head, you can pursuit strong results ; and for those guys that lives in the opposite site of the planet, is even more difficult.I think and i wish to Hamish that this is only the first step of a fantastic career for him; and for Sherco of course !!!” 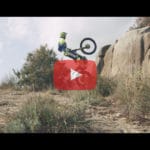